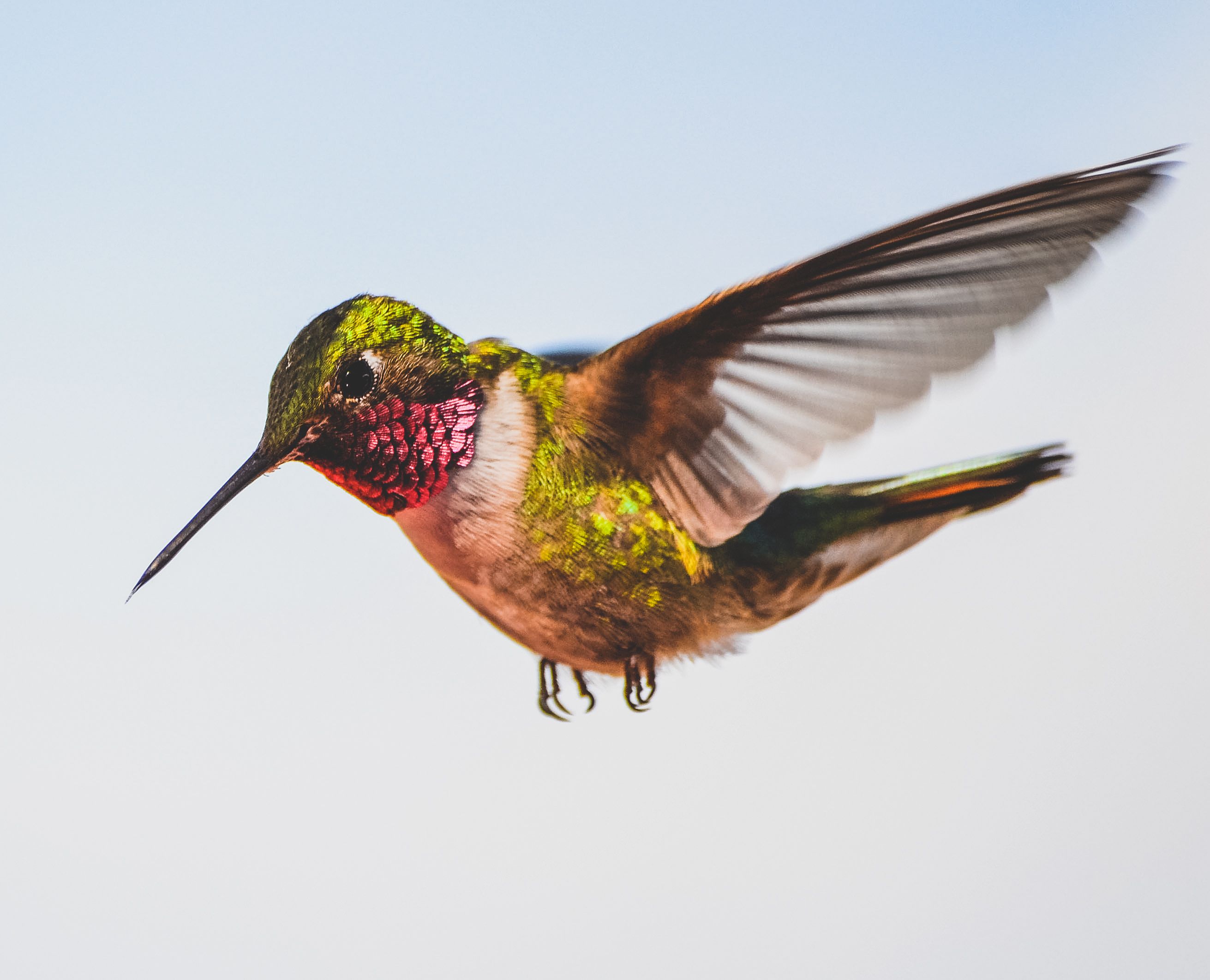 The Speedy Beautiful Birds of the Texas Hill Country

During breaks between the spring showers we have started to spot some hummingbirds zooming around the property! Hummingbirds are known for migrating through Texas in late March and then passing through again in early fall. They are fantastic pollinators, as they drink nectar from countless plants while passing pollen along the way.

There are many different species that can be found here in Texas, with the most common being the Ruby-Throated Hummingbird. The male birds are usually green and black with an iridescent red throat, while the females are mostly white and green.

Hummingbirds are the smallest species of migrating birds and are the only birds that can fly backward. Their hearts can beat over 1,200 times per minute, and their wings flap about 50 times per second. It is a treat to see these creatures visit our garden for a quick snack! 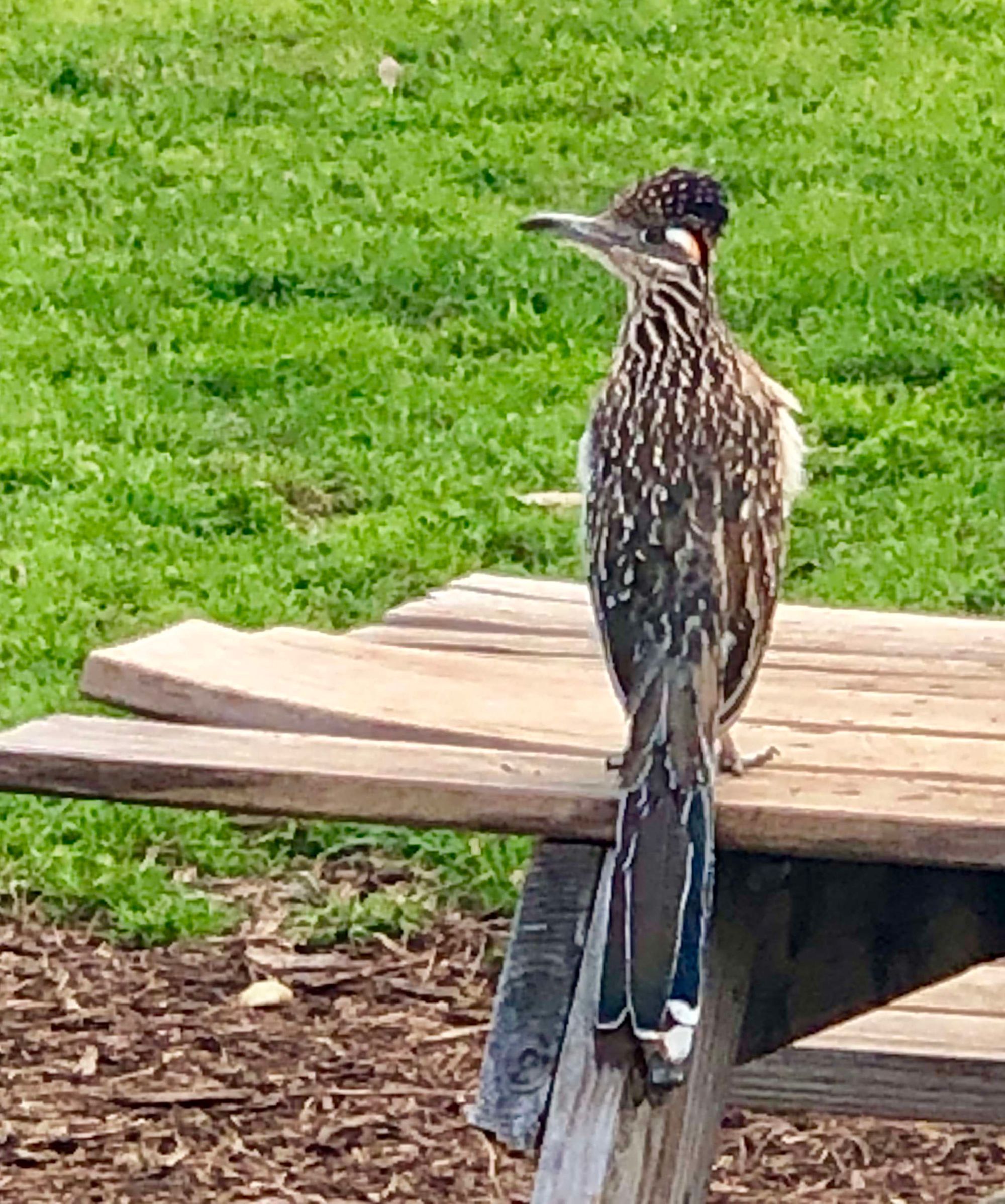 One of our favorite visitors at Mystic Quarry is the beautiful roadrunner, who loves to hang out near our cabins and the rec hall. While we were disappointed to find out they don’t actually say meep-meep, these birds sure are quick, and seem to prefer to run rather than fly! The proper name for this beautiful creature is the Greater Roadrunner, from the cuckoos family. And ours likes to mimic a whining dog, among other sounds that always take us by surprise.

They are easily identified by their long straight tail, long legs, a patch of colorful skin beyond the eyes, and distinct crest (bird lingo for Mohawk). They are 18-24 inches long from beak to tail. Roadrunners will chase their prey, usually insects or lizards, and have been reported to run over 15mph!

Greater Roadrunners are known for mating with their partner for life and they also perform courtship displays before nesting that include a male offering a twig to the female. Our pair took their mating dance back to the tent area last year – guess they were looking for more privacy. Both male and female roadrunners assist with incubating the eggs, which take about 20 days to hatch. The chicks will be ready to leave the nest after about 18 days.