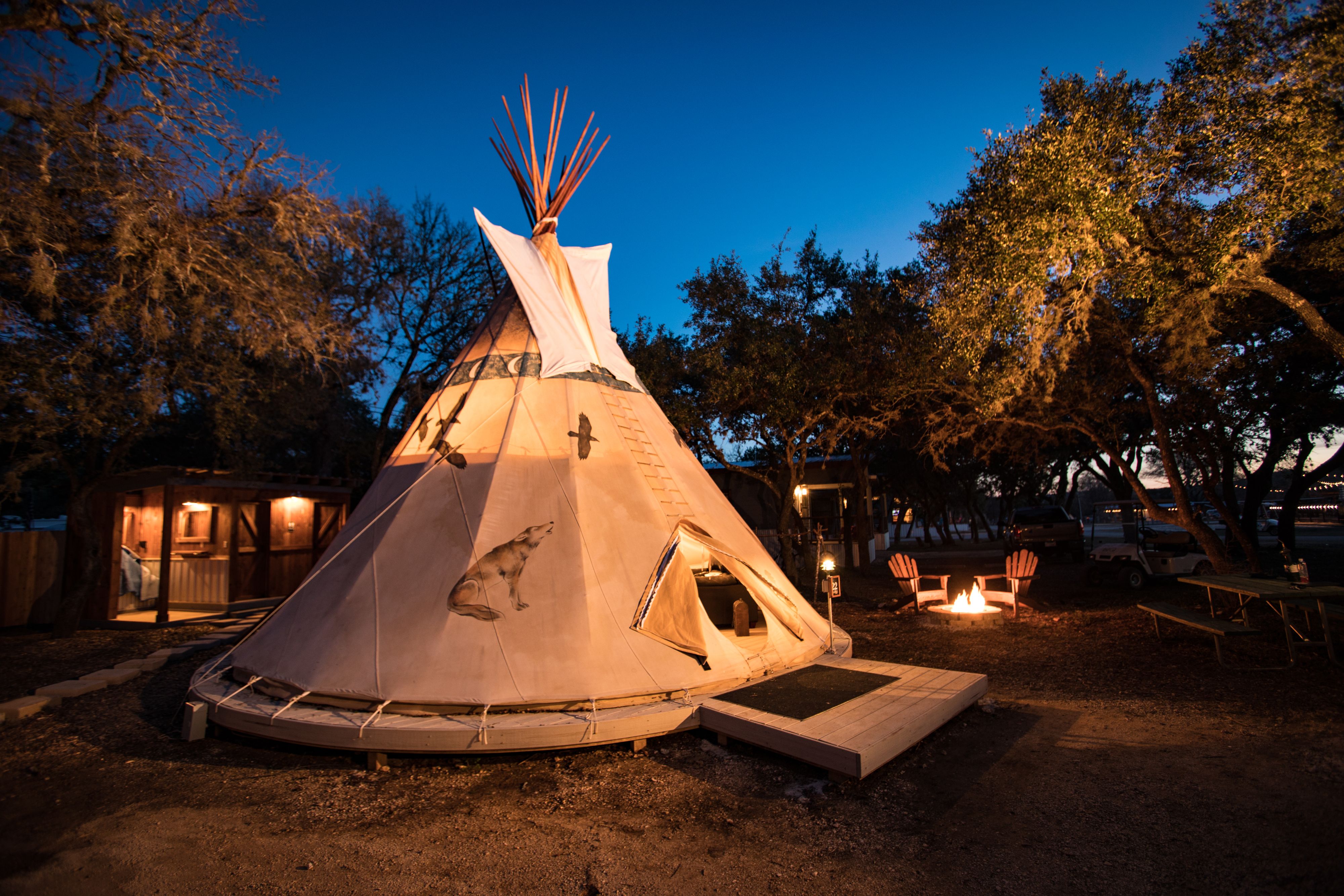 The Tipi Through Time

Did you know the first inhabitants of the Texas Hill Country were nomadic groups of Native Americans? A variety of native people roamed through Texas, largely following buffalo herds, for thousands of years before Spanish explorers found the Americas. Native Americans constructed tipis (or teepees) as living quarters, but they also represented a sacred structure of home, safety, and community. Tipis are considered the original “mobile home”. The covers, generally made from buffalo hides, would be rolled up along with the wooden poles to become transportable.

Originally tipis were quite small, but after Europeans brought horses to America, they became much larger and featured more amenities. At first tipis were pulled by hand or with dogs, but horses allowed for significantly more pulling power. The center of the tipi was left open and would be a vent for fires to cook with and of course to stay warm. The outsides of tipis were often decorated or painted to celebrate spirits, ancestors, depict battles, and many other symbolic designs.

The tipis at Mystic Quarry are a tribute to the indigenous people of Texas. Though our tipis are undeniably “glamping” - complete with king or queen size beds, flat-screen TVs, mini-fridges, and plush décor - you still feel like you’ve traveled through time. The interior style is a mix of modern and traditional Native American influence. Over the beds is the ozan, which is an interior awning, blocking rain from falling on to the bed, as the top of the tipi is open. Oh, and don’t worry the ozan can be slid to the side to allow for stargazing on a clear night!

Our beloved tipis were recently revamped with new canvas! The new canvas is from Nomadic Tipi Makers, it is hand-painted which helps to repel water and gives each tipi a unique look. Here at Mystic Quarry, we have learned that tipi building and maintenance is a form of art! It makes us more in awe of this ancient tradition practiced in the Hill Country many moons ago.

Check out this video of the process of replacing the canvas.

Ready to book a stay in one of our tipis? Make your reservation today!