“Bats drink on the wing, like swallows, by sipping the surface, as they play over pools and streams.”

Whether you love them, or find them unnerving, bats are a big part of our local wildlife and Texas is home to 32 of 47 bat species found in the world.

The most predominant and well-known species is the Mexican free-tail bat. Central Texas lays claim to the largest urban colony of about 2 million Mexican free-tails that spend each summer underneath Congress Bridge in Austin. The largest bat colony in the world is located at Bracken Caves near San Antonio. At Bracken, there are approximately 15-20 million of these winged marvels. Bracken is only 30 minutes from Mystic Quarry.

Bats can eat up to 50% of their bodyweight in insects per day. They mainly eat dragonflies, moths, beetles , flies, true bugs, wasps, mosquitoes and ants which is beneficial to agriculture. Many of the insects that they eat can be harmful to crops, so bats are considered beneficial for the environment.

Bats spend around 60% of their active time foraging while aerial, mostly hunting at heights between 20 to 49 feet. Bats fly as far as 150 miles looking for food. They have been measured at ground speed of 99 mph.

Texas Parks and Wildlife has some great information on bats and the places to see them in the local area and throughout Texas, but you do not have to travel far to check out the bats if you are at Mystic Quarry. We currently have 3 bat houses in place around the property occupied with these tiny flyers that delight us at dusk each evening. 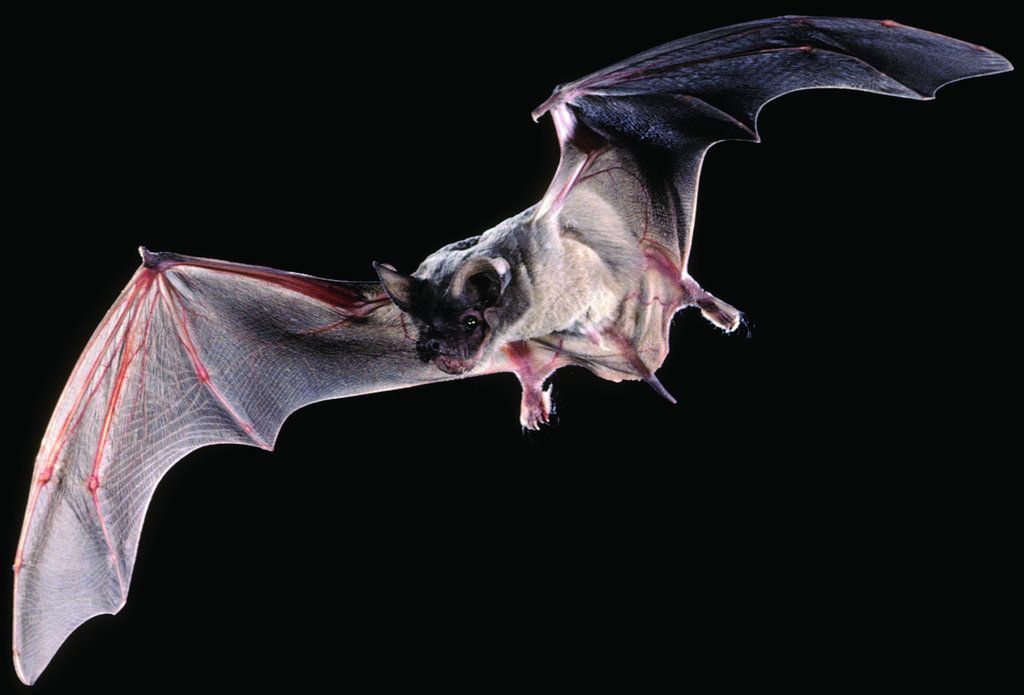 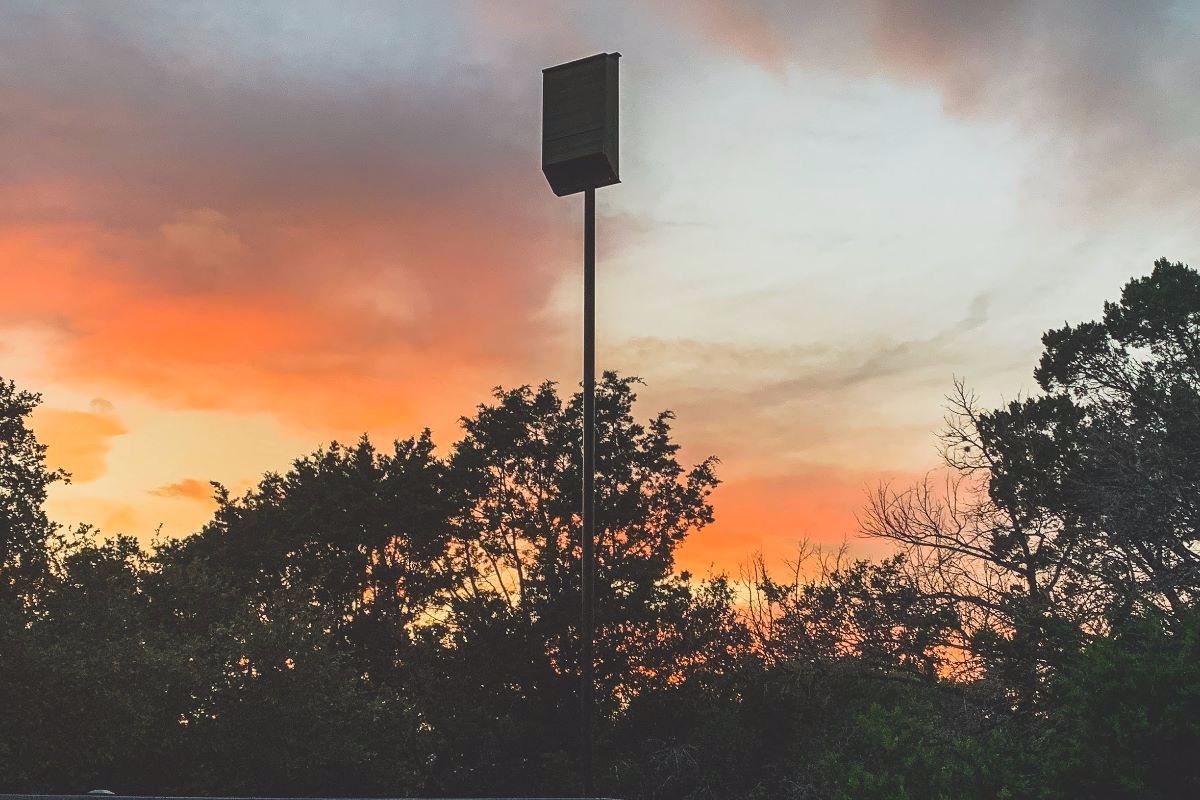 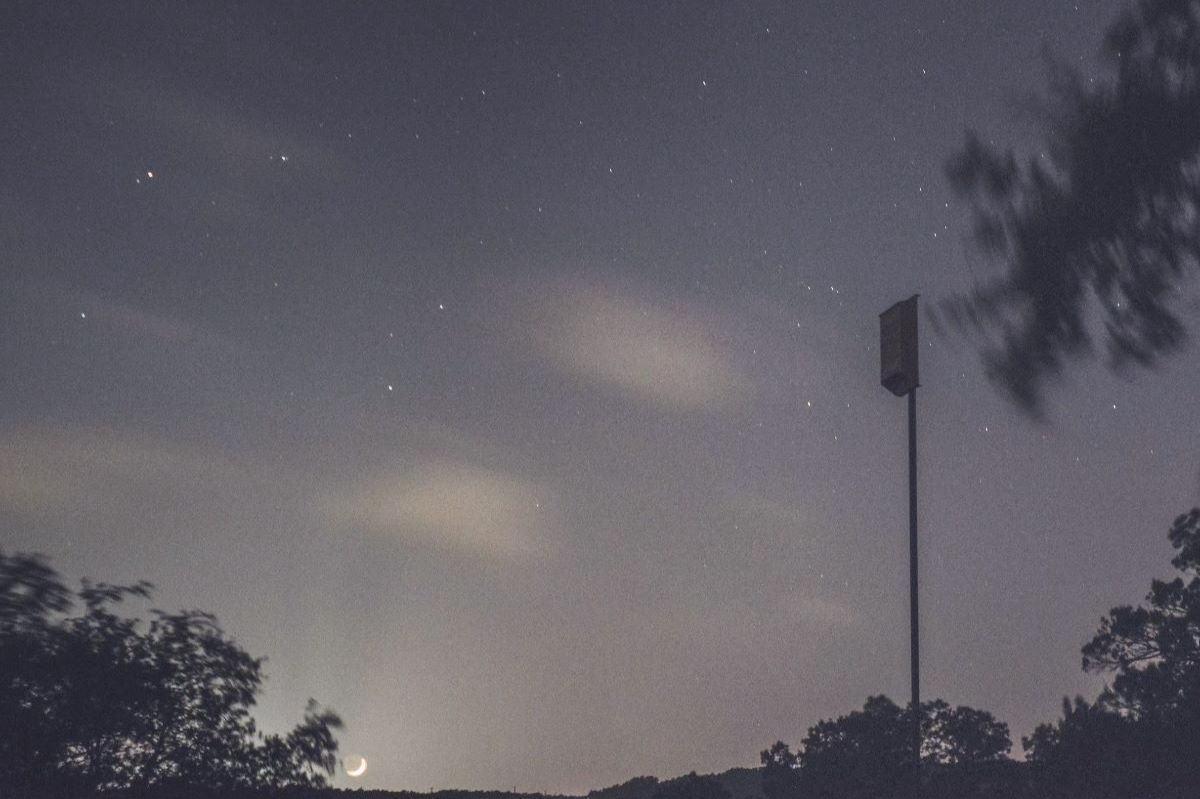 At Mystic Quarry, keeping our guests happy is first and foremost. Since our grand opening in May 2017, we have had the privilege to see many of the same guests return for multiple visits. We want to reward your loyalty.

We are pleased to announce our new “frequent stayer program”. What that means to us is that we see more of you, what that means for you is 25% of your 5th stay in a similar accommodation for up to 2 nights. Win-Win! 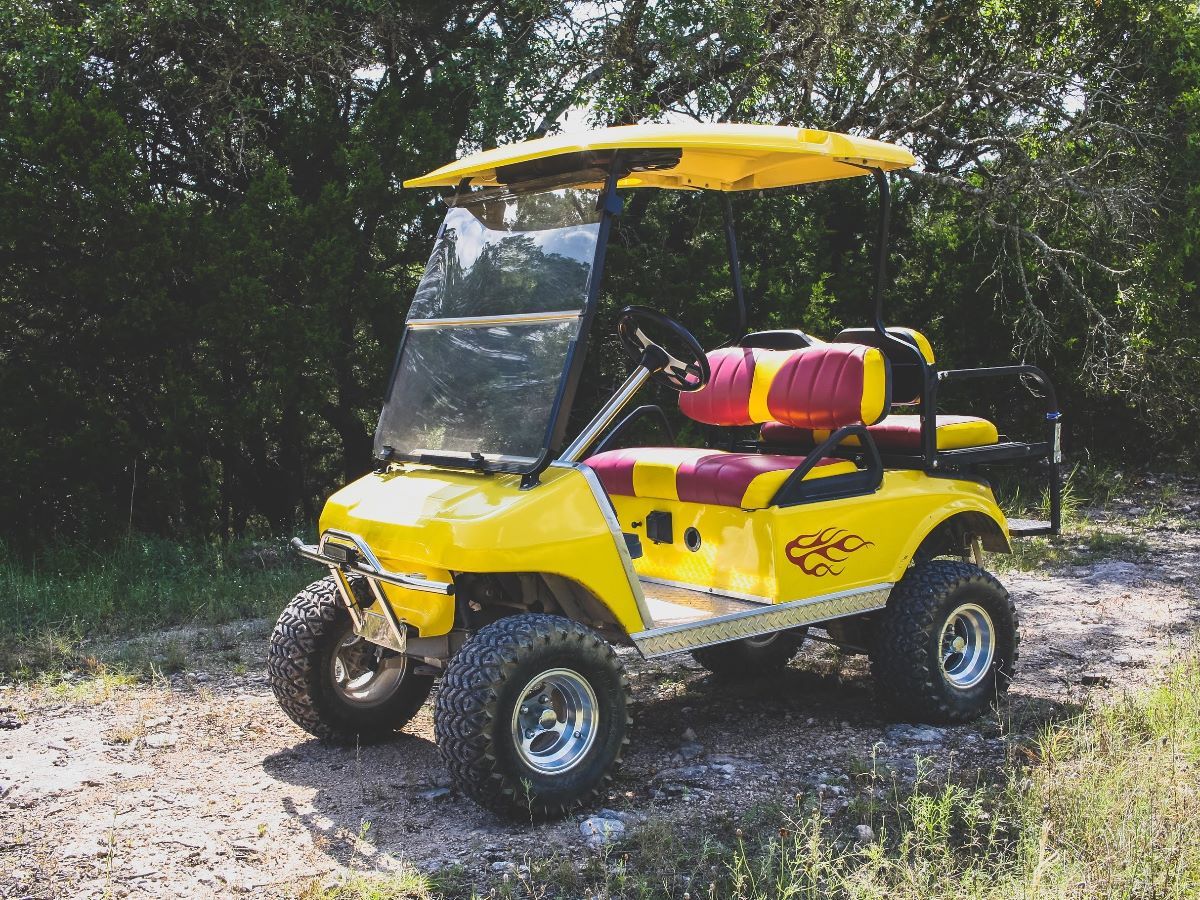 We recently requested our Facebook audience to help name the latest addition to our fleet of golf carts. This beauty, in all its yellow and red-flamed splendor, is waiting for the perfect moniker.

Thank you to the overwhelming responses. Our winner receives a free 4 hours of rental time on this cart during their next stay so you can cruise MQ in style.

The top 5 finalist names are below. We will announce the winning name and winner on Facebook this weekend.

Check out our Mystic Quarry Facebook for the contest winner.

Didn’t win our contest? We still have carts for rent for 4, 8 or 24 hours. Reserve a cart when you book or inquire at the front desk while you are staying here.

If you decide to bring your own golf cart to MQ, please. We do charge $5 per day for the extra vehicle, so keep that in mind. As always, please call us with any questions! 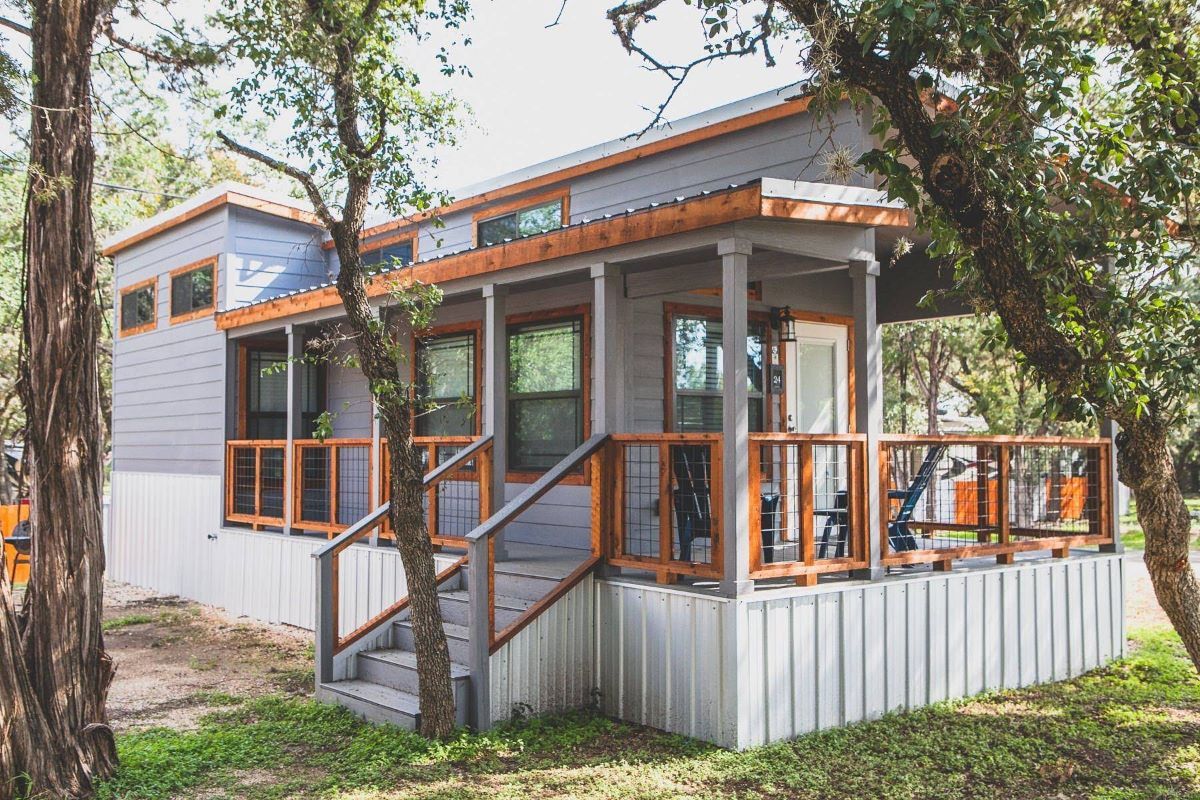 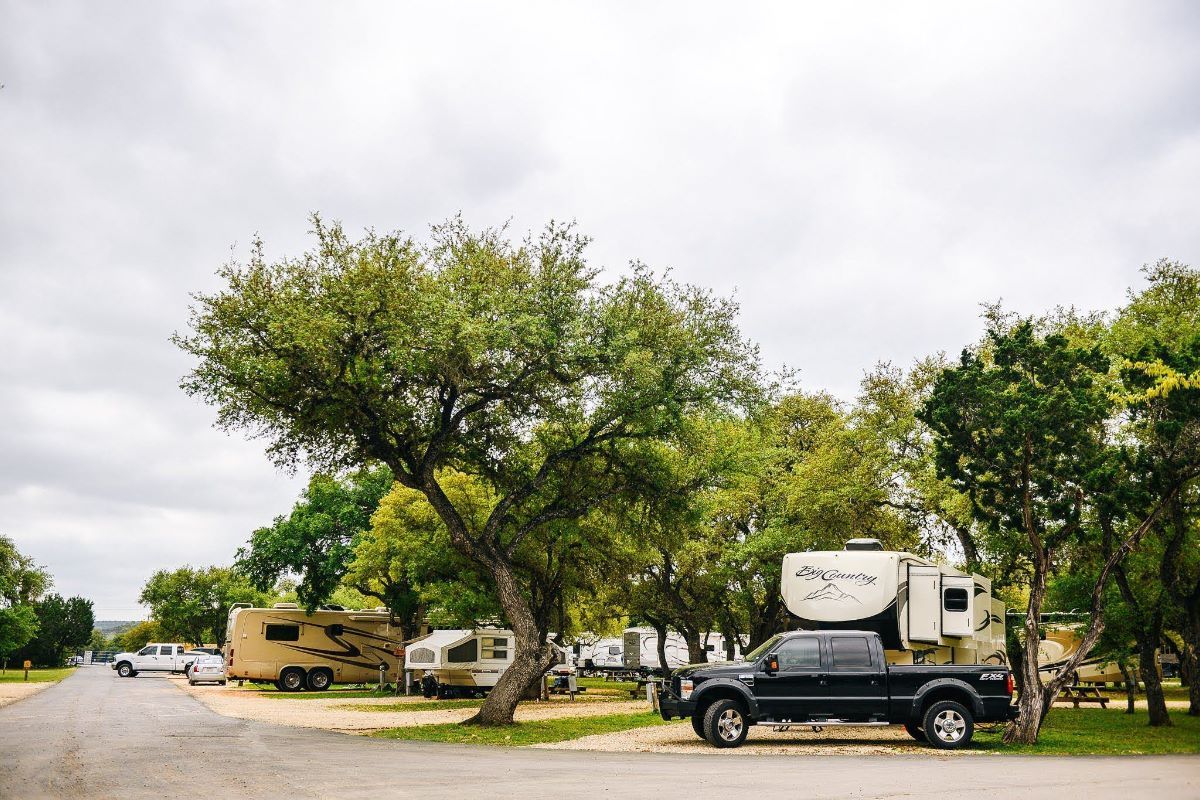 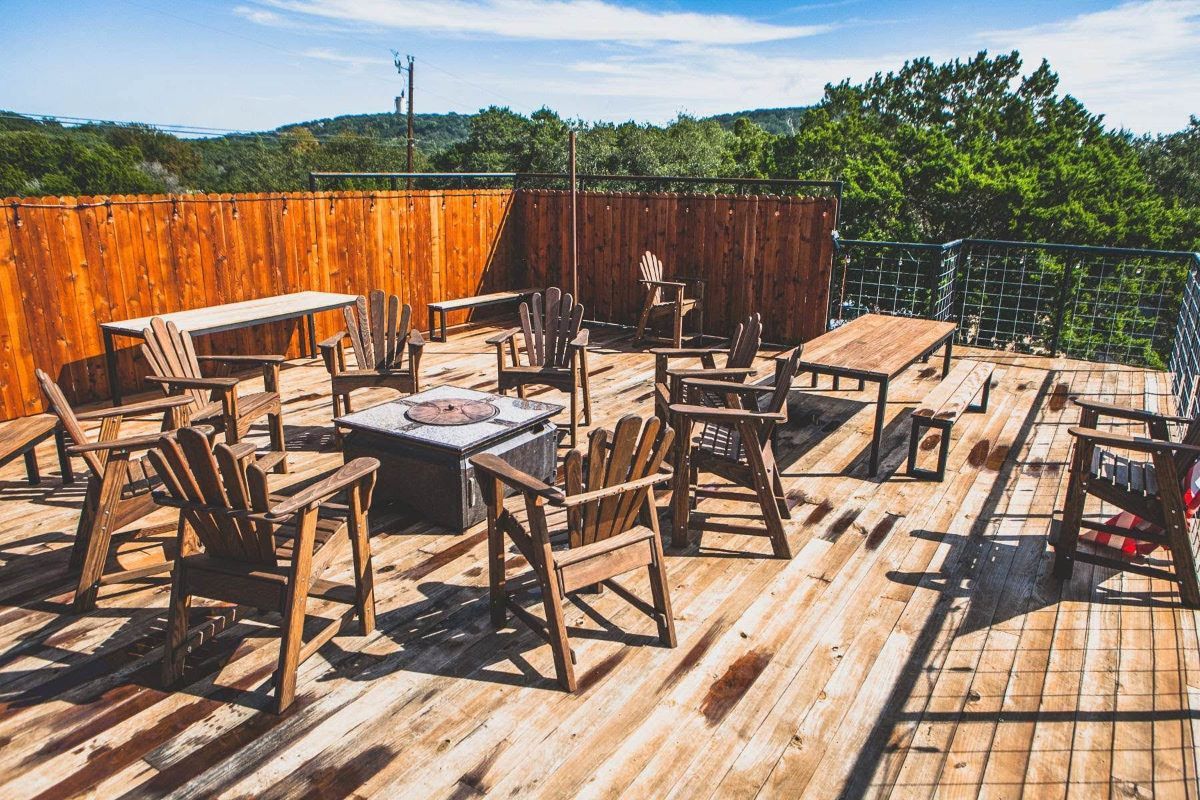 With Summer nearly over, Fall will be here and gone in a blink of an eye. If you have ever thought about wintering in Texas, Mystic Quarry is a great place to do so. We still have availability in our Tiny Houses, Cottages and RV spots for the 2019/2020 Winter Texan season. Our Winter Texan’s have a great time here at MQ and thanks to our Activities Director, a vibrant and thoughtful lineup of indoor and outdoor activities, outings to local towns, vineyards, and shopping areas and get togethers on property.

Check out our website (https://mysticquarry.com/welcome-winter-texans) to see more details.

Please call our front office at (830) 964-3330 for availability and pricing as we would love to have you spend Winter with us. 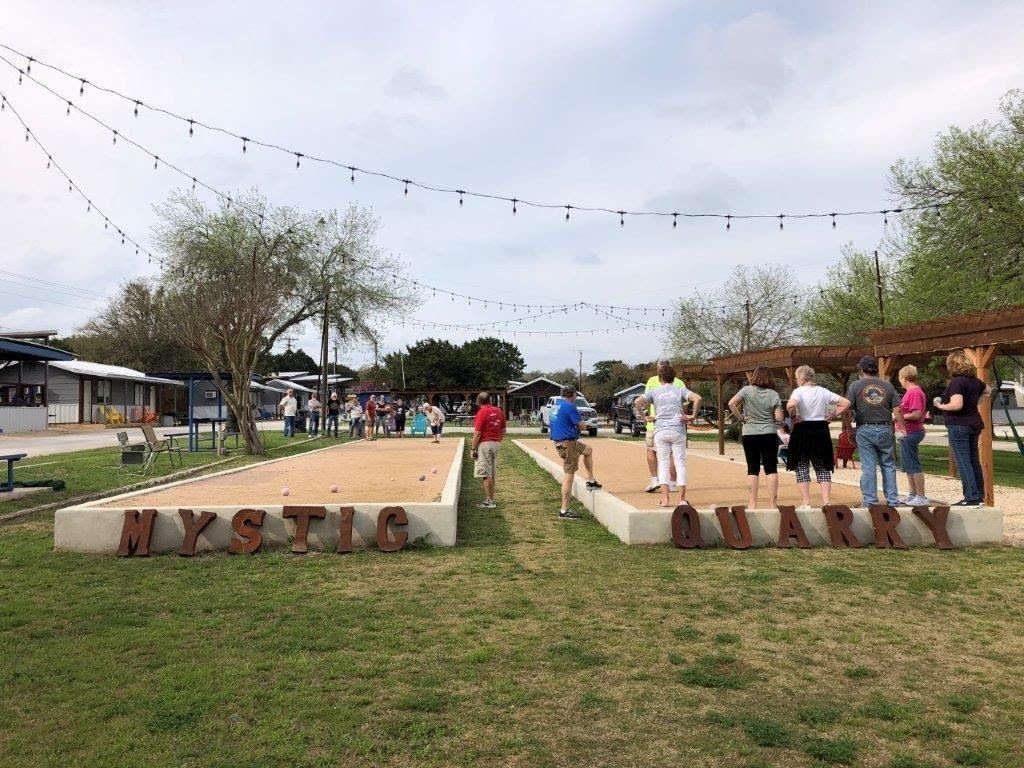 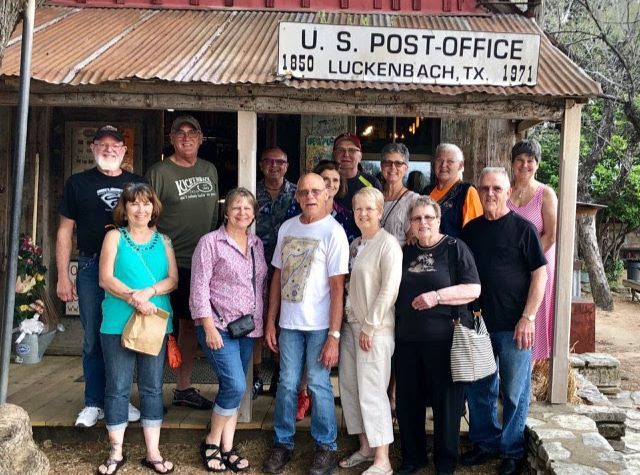 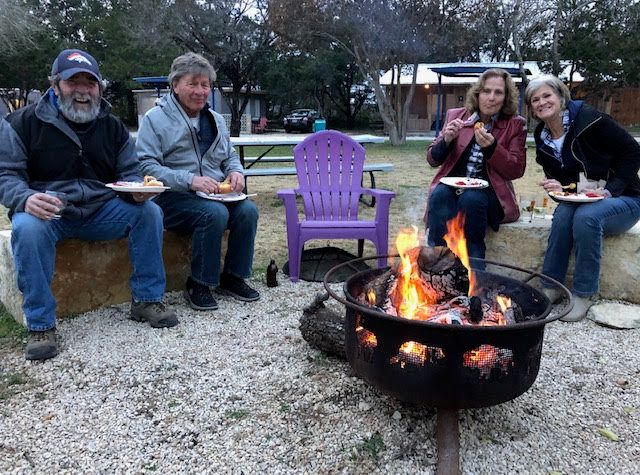 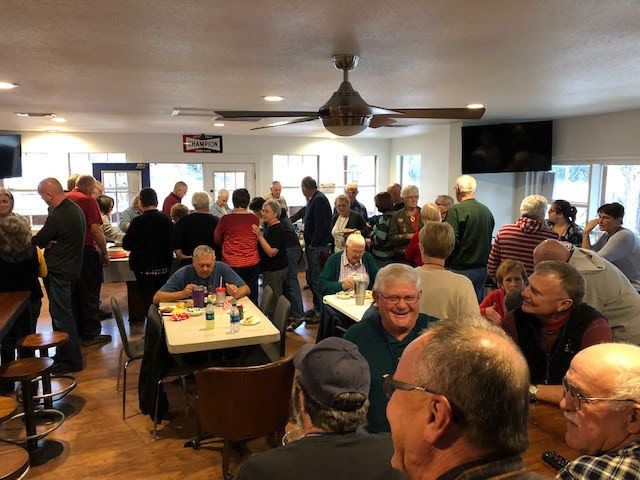 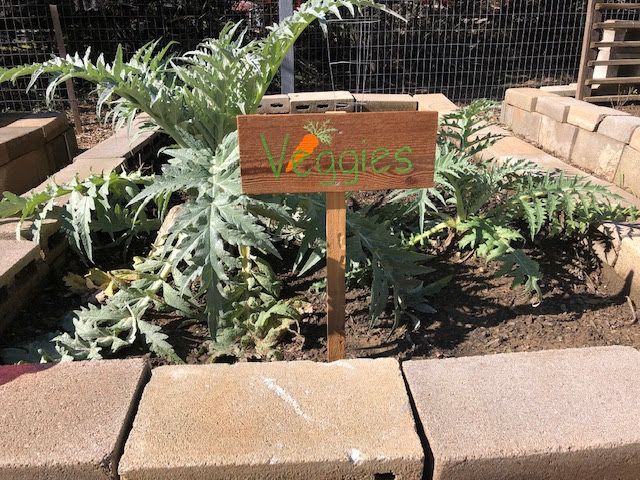 “Music Under the Stars” 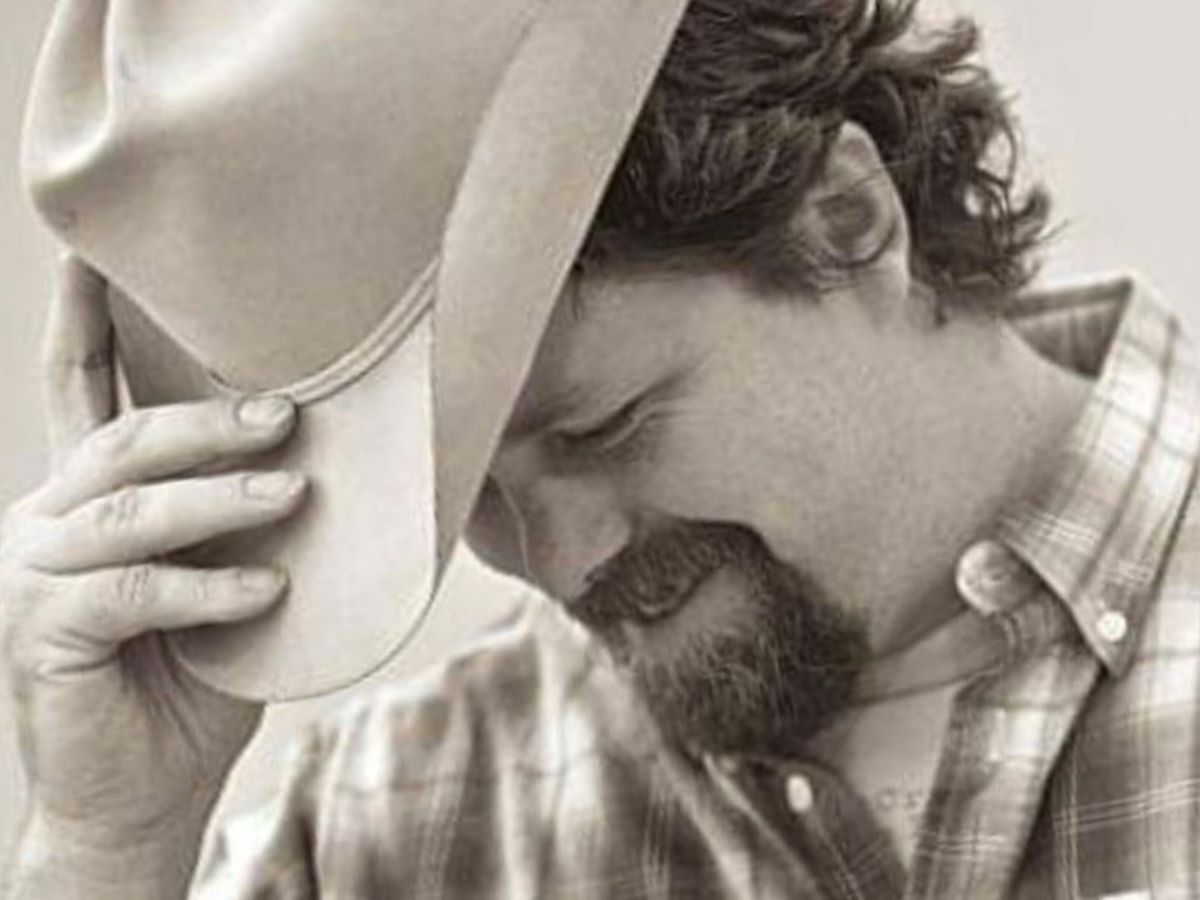 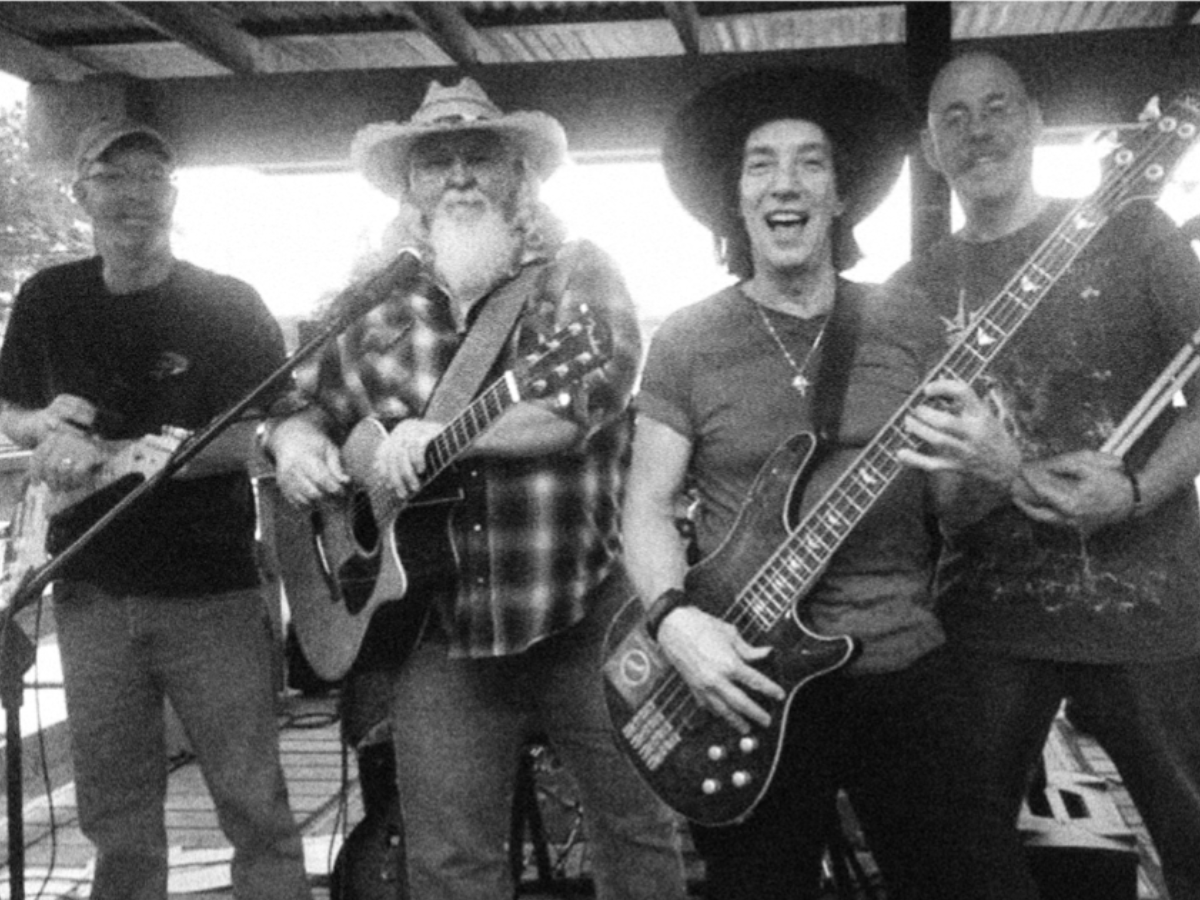 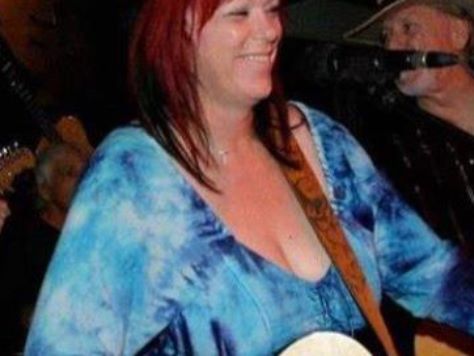 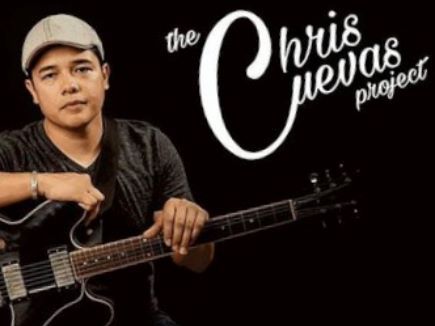 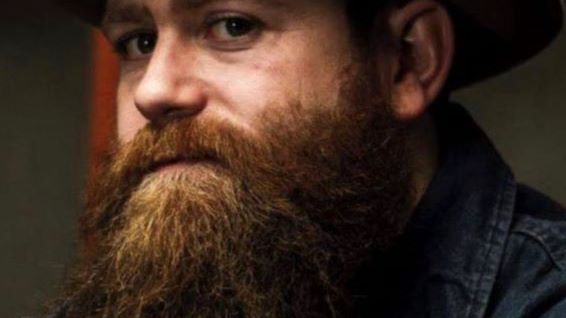 Mystic Quarry has been hosting some great bands this summer and August is going to be jammin' with FIVE band nights. We are welcoming back some Quarry faves with Brad Boyer Music on August 3, Loyd Bonham Band on August 9, Kim and Her Bad Habits on August 16 and the Chris Cuevas Project on August 23. Finishing up the month on Labor Day weekend is Manzy Lowry playing on August 30.

For folks not staying at Mystic Quarry, admission is a $5 vehicle pass.

Pull up a chair and have a drink while listening to one of these great bands. Check out our Mystic Quarry Facebook Event Page for our "Music Under the Stars" Summer Series line-up, dates and times. 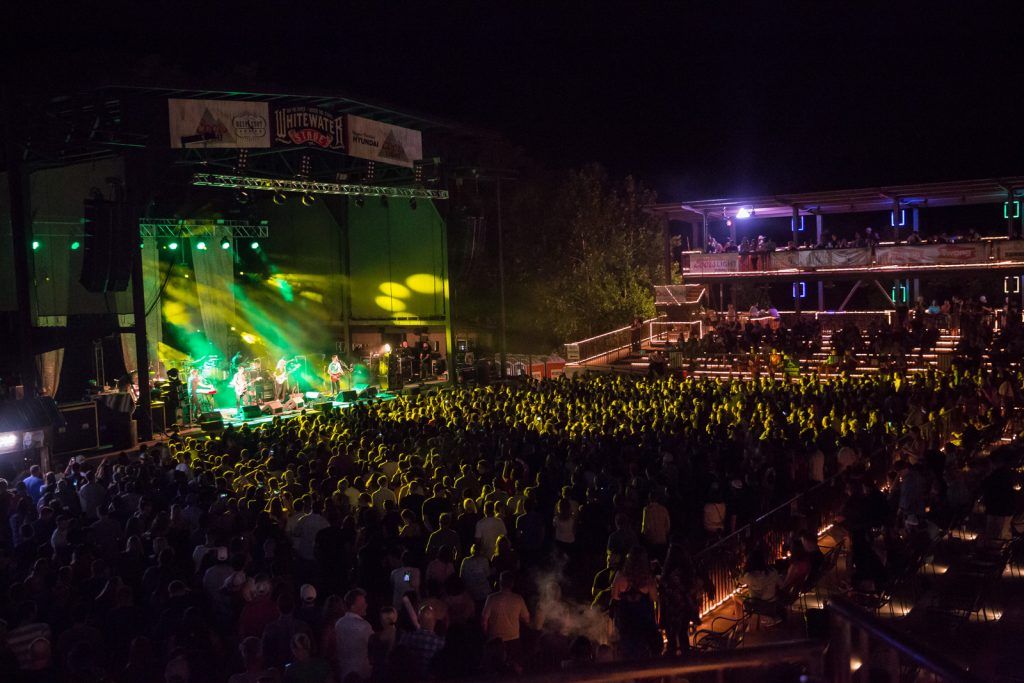 Whitewater’s August line-up is packed as they finish up Summer 2019. The month starts off with Sublime playing August 2 and Aaron Watson on August 3. Whiskey Myers plays on August 10 (we still have a few spots left for lodging) and Pat Green plays on August 17. Labor Day weekend will have two nights of shows with The Revivalists playing August 31, and then Randy Rogers will play Sunday, September 1. Visit Whitewater Amphitheater website for tickets. 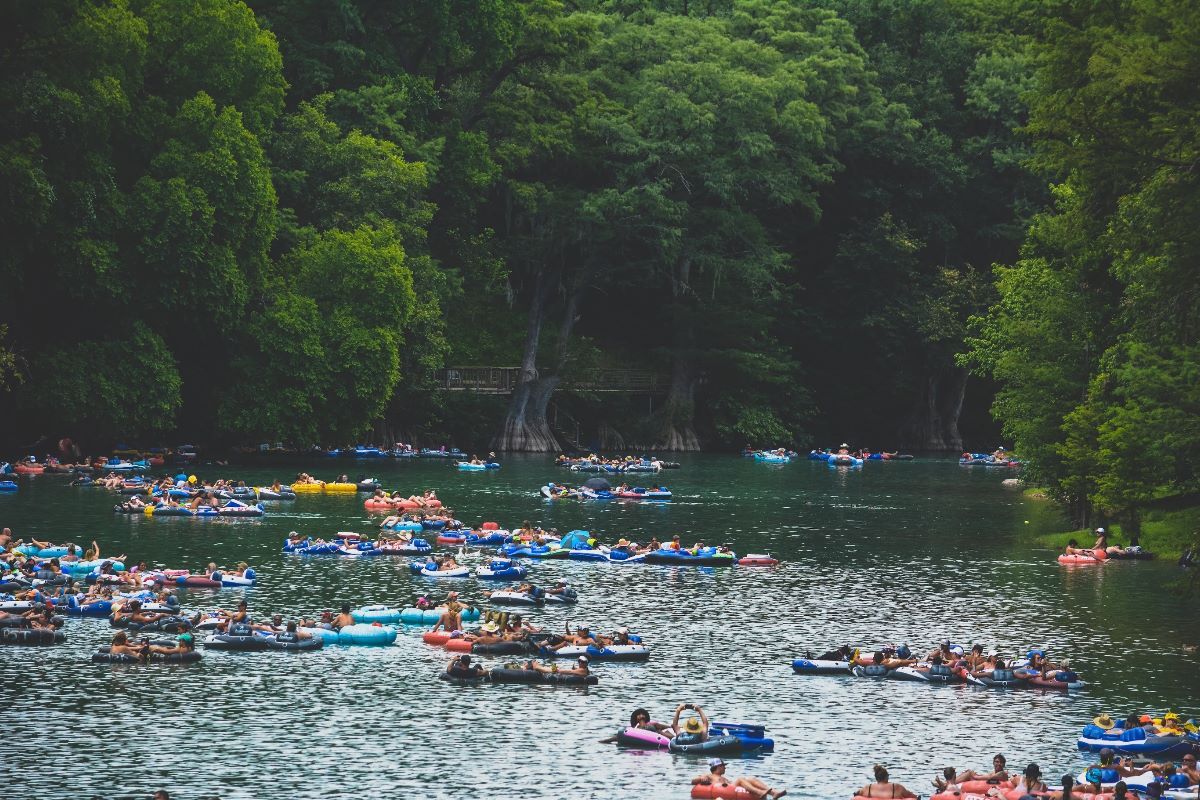 It seemed like tubing season just began, where did July go?! Before summer is over and the kids head back to school, come and float the “Horseshoe” with Shanty Tubes - our tubing partner. You can fill out the paperwork in the comforts of your Mystic Quarry accommodation, purchase your wristbands at our front office for $16 per person. Grab some drinks and ice for your cooler at our front office and when you are ready to go, we simply call Shanty for their VIP service. Active military and veterans receive an additional $2 discount. Shanty’s priority shuttle for our guests provides a worry free day! 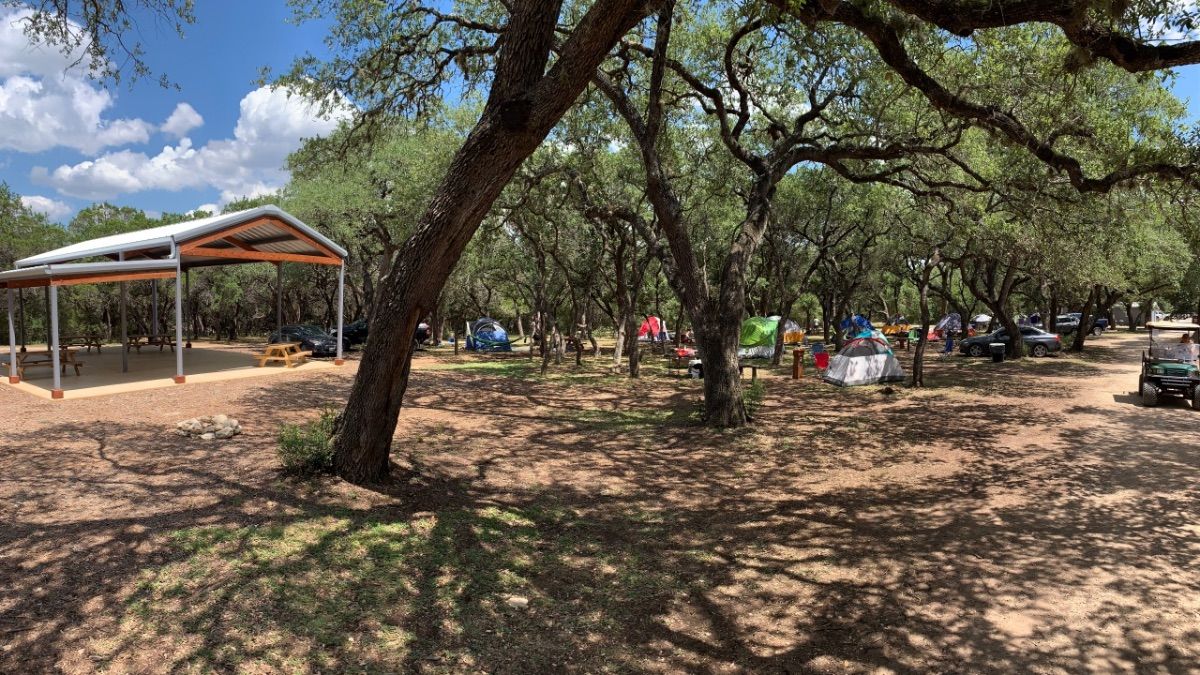 Come and check out our newly built pavilion in the primitive area. It has water, electricity, Wi-Fi and is surrounded by 11 power and water tent camping sites and 12 more primitive camp sites. The recreation hall is available to rent along with the fully equipped kitchen. Along with our indoor accommodations, Mystic Quarry provides a “one stop shop” for hosting your event. Please call us at 830-964-3330 for dates, rates and booking.

If you are looking to book and want to know more about us, you are always more than welcome to come out and take a tour with one of our staff members. Please call ahead to make sure our facilities are unoccupied. Mystic Quarry is just a short trek away from both the Guadalupe River and Canyon Lake. Our tiny homes, dog-friendly cottages, RV spots and tent camping sites are ready for you to come and enjoy a relaxing or event filled stay. 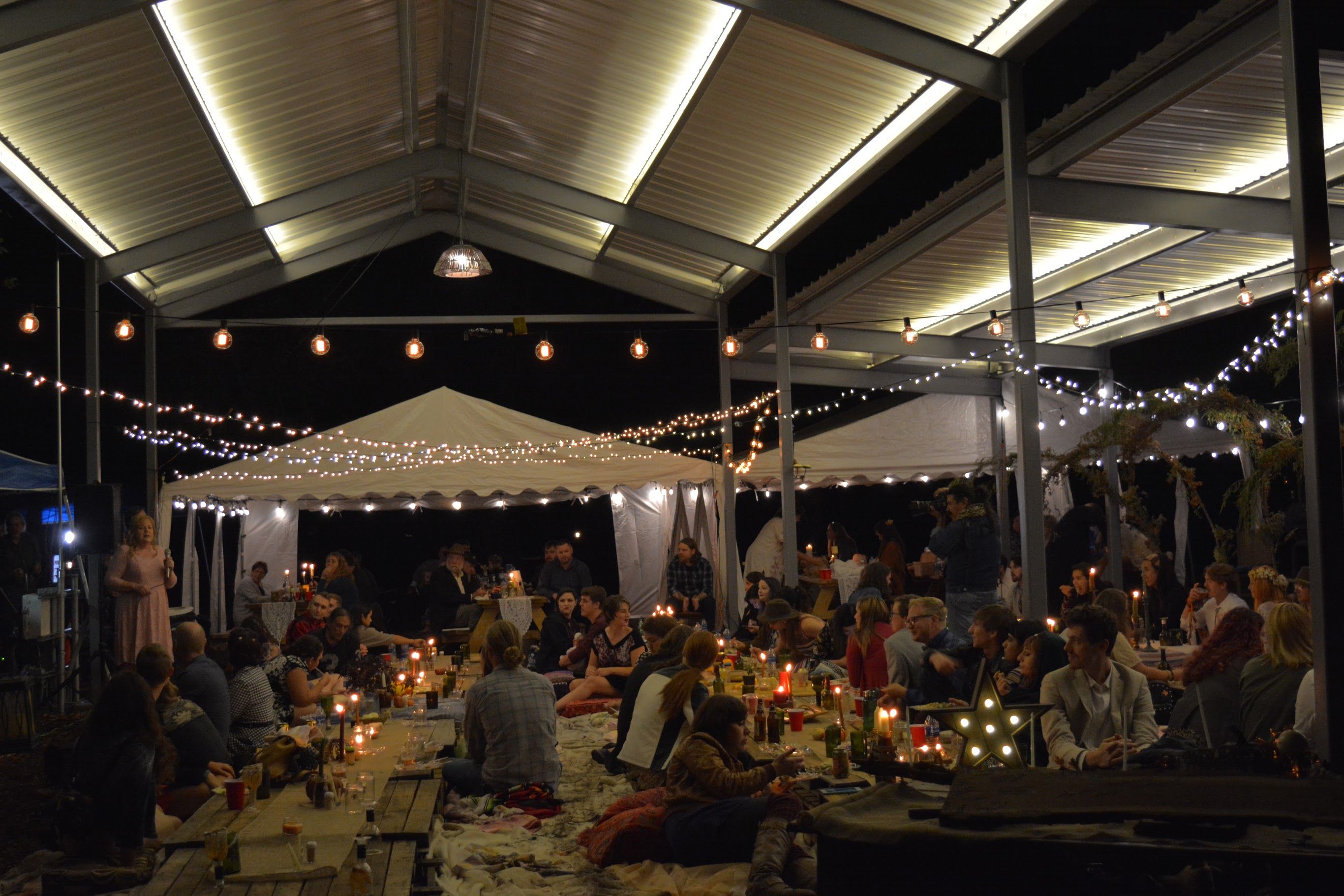 Check out our Blog for previous Newsletter and Information about the Canyon Lake area and of course, Mystic Quarry. 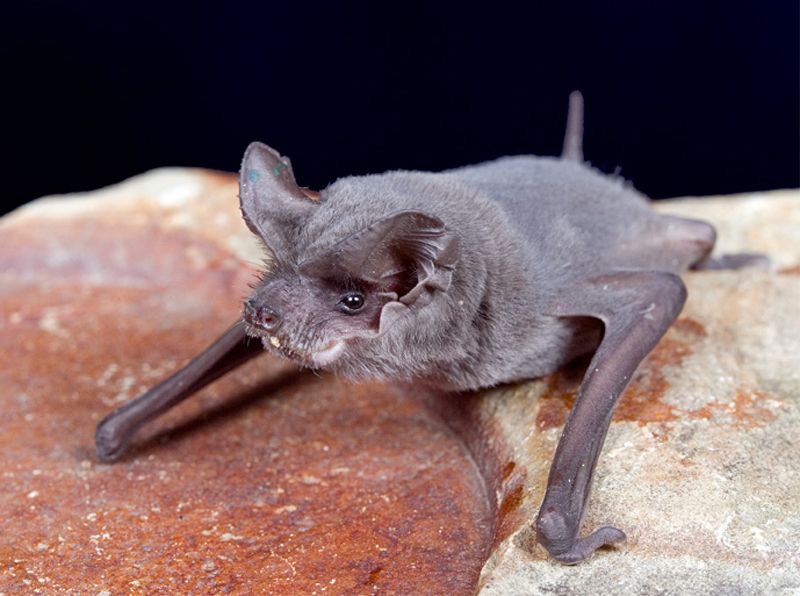 We hope you will be able to spend time with us here at Mystic Quarry and enjoy the many activities around the local area to make your stay fun-filled and memorable. We like to think of Mystic Quarry as a microcosm of the qualities you want in a community: friendship, family and good memories tucked in a vibrant landscape!